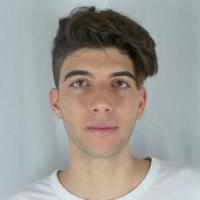 Davide Mocci earned his Bachelor’s degree in Classics at the University of Cagliari, defending a thesis in Sanskrit Language and Literature under Prof. Tiziana Pontillo’s supervision. He subsequently studied theoretical linguistics at the University of Siena, where he wrote a Master’s thesis in Theory of Grammar under the supervision of Prof. Luigi Rizzi. By combining together his interest for ancient languages (Greek, Latin, and Sanskrit) and the analysis tools supplied by two such powerful theoretical systems as Pāṇini’s Grammar and Generative Grammar, he has been dealing with some facets of compounding in Sanskrit, and with some constructions that are particularly problematic for traditional analyses, such as tough-constructions.

Davide Mocci’s research interests concern theory of syntax, and the syntax of modern and ancient languages, in a comparative perspective. Recently, Davide has been focusing on two ‘eccentric’ types of copular sentences: tough-constructions and the so-called synecdochal accusative constructions.