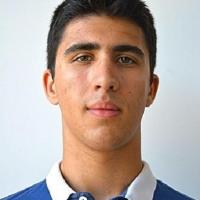 I have a degree in Biotechnology and a master's degree in Advanced Biotechnology from the University of Pavia. During my studies I attended a Structural Biology laboratory.
My first experience of research was within a AIRC funded project consisting in a structural and biochemical study of the nucleosomal complex formed by LSD2 (homolog of the well-known tumor target LSD1) and its cofactor NPAC.
The thesis work for the master's degree was carried out as part of the SMARTBOX European project organized by a consortium of industries and universities with the aim of developing efficient and robust oxidative biocatalysts to be applied in lignocellulose valorization processes. My task was to solve the crystallographic structures of enzymes to be subjected to an advanced computational platform to predict mutations beneficial for enzyme stability and activity.

By combining the solid expertise of the PI and the CoPIs in the field of stem cells, epigenetics, in vivo developmental biology, molecular and structural biology, the project aim to realize a multidisciplinary approach to study the developmental and functional role of two ubiquitously expressed isoforms of KDM1A (ubKDM1A-SV1 and -SV2), an histone demethylase tightly regulated during development and whose dysregulation has been associated to a plethora of pathological conditions including developmental disorders, leukemia, solid tumors and intellectual disability
The project has three main target: 1) Dissection of the role of ubKDM1A variants in human pluripotency and during differentiation towards cardiomyocytes and hepatocytes. 2) Identification of the molecular mechanisms regulating Ex2a splicing 3) Elucidation of the biochemistry and structural biology of the N-terminal portion of the ubKDM1A variants in combination with known and novel interactors