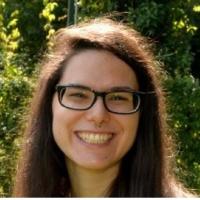 Stefania Modafferi  obtained her bachelor’s degree in Biotechnology in 2018 from Università degli Studi di Milano where she graduated with honours. During her thesis internship she worked on the isolation of bacteria belonging to the genus Asaia from Phlebotomus perniciosus individuals through culture-dependent and culture-independent methods in an attempt to set-up paratransgenesis strategies to control the spreading of leishmaniases. In 2020 Stefania obtained her master’s degree in Biodiversity and Evolutionary Biology, again graduating with honours, from Università degli Studi di Milano. For her master thesis, she took part in the Erasmus+ program and worked at the Oslo University Hospital on the differentiation of human embryonic stem cells into neural progenitors to study the effects that prenatal exposure to paracetamol may have on early neural development. Starting from December 2020, she worked on the role of DNA damage in the development of amyotrophic lateral sclerosis (ALS) at the Institute of Molecular Genetics in Pavia after obtaining a fellowship from the National Research Council within the INTERSLA project. In October 2021 she started her PhD at IUSS (Istituto Universitario di Studi Superiori) in Pavia to continue working on the role of DNA damage in ALS.

Amyotrophic lateral sclerosis (ALS) is a neurodegenerative disease. Mutations in many genes have been linked to this disease, among which TARDBP (TAR DNA binding protein) and FUS (fused in sarcoma), which encode for the DNA/RNA binding proteins TDP-43 and FUS, respectively. Scatter evidences involve these proteins also in the DNA damage response (DDR) which detect DNA lesions and predispose for its repair. In ALS patients, mutated FUS and WT and mutated TDP-43 accumulate into cytoplasmic inclusions in cells of the affected tissues. These aggregates are considered a hallmark of the disease. Data indicate that ALS patients have increased levels of DNA damage but the underlying mechanism causing it is unknown. In my project, I want to study the molecular mechanism underlying the accumulation of DNA damage following the formation of cytoplasmic inclusions in cellular model systems of ALS. With this aim, I will investigate which factors involved in DDR activation and DNA repair are deregulated in cells bearing cytoplasmic inclusions. The use of induced pluripotent stem cells (iPSCs) derived from fibroblasts of human patients, already available in the laboratory, will allow me to confirm the results obtained in neuronal cultures in vitro. Finally, I also plan to validate the results obtained on FUS and TDP-43 alteration-dependent DDR activation defects in ALS animal models such as Mus musculus, Drosophila melanogaster and Danio rerio.