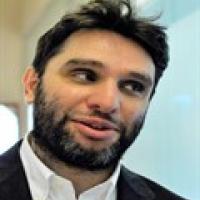 Alfredo Tomasetta has been senior researcher (‘rtdb’) at the IUSS Center for Neurolinguistics Epistemology and theoretical Syntax (NEtS) since the beginning of November 2016. He specializes in philosophy of mind and analytic metaphysics (especially the metaphysics of human persons). In addition to these primary areas of research, he is also interested in philosophical logic, philosophy of language, epistemology and classical Indian philosophy. He obtained his degree in Philosophy at the University of Milan (2008), and a Ph.D. in Philosophy and Cognitive Science at the San Raffaele University, Milan (2012). During the Ph.D. he was visiting student at King’s College London. Since completing his Ph.D. he has held teaching positions at San Raffaele University (formal semantics, philosophy of mind, philosophy of science) and has been a two-year research fellow at Bergamo University working on a project concerning the ontology of personal identity.