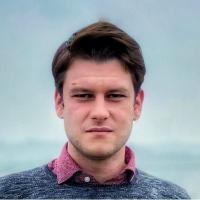 I graduated with honours in Biotechnology (BSc) and in Molecular Biology and Genetics (MSc) at the University of Pavia. I have carried out both the research internships in the Biocrystallography Laboratory of the Department of Biology and Biotechnology under the supervision of Professor Claudia Binda. My research focused on a project about the biochemical and structural study of Monoamine Oxidases (MAOs) as drug targets for neurodegenerative diseases. In particular, my Bachelor’s thesis entitled “Biochemical and structural characterization of two coumarin based inhibitors of human Monoamine Oxidase B” focused on the characterization of two dual inhibitors of MAO B and Acetylcholinesterase (AChE). My Master’s thesis entitled “Monoamine Oxidases as attractive drug targets: structural and biochemical insights of an ancestral reconstructed Monoamine Oxidase A and of human Monoamine Oxidase B” focused on the reconstruction, expression and characterization of an ancestral MAO A with the aim of finding a thermostable model for subsequent molecular studies, in addition to the follow up of the research on multi-target inhibitors of MAO B.
My PhD research project, supervised by Professor Andrea Mattevi, will be focused on the study of the coenzyme Q10 biosynthesis, aiming to elucidate the biochemistry and the structural biology of the COQ metabolon.