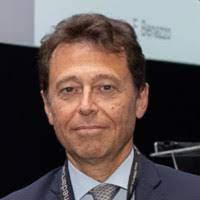 Francesco Benazzo has graduated in Medicina e Chirurgia on 1980 and joined the team of Orthopedic and Traumatology residents of the Orthopedic and Traumatology Clinic of the University of Pavia, achieving the degree of orthopedic and trauma surgeon on 1985. The specialty of orthopedics was the natural and desired choice, given the passion for the investigations on connective tissues, fundamental constituents of the muscoloskeletal system (Research investigations on electron microscopy, 1977-1983, Institute of Human Anatomy, University of Pavia, and Abteilung Elektronenmikroskopie, Medizinische Hochschule, Hannover, using special techniques such as freeze-fracture, applied to collagen tissue (cartilage and tendons) and Institute of Human Anatomy, University of Bologna.
On 1990, he became Ricercatore in the orthopedic discipline at the University of Pavia, to finally become full professor of Orthopedics and Traumatology in 2000. From 2002, untill 2020, he has chaired the Clinica Ortopedica e Traumatologica of the University of Pavia, at the IRCCS Policlinico San Matteo Foundation, and the School of Specialties in the discipline. From 1st March 2020, he is Chiarman of the Section of Robotic Prosthetic Surgery – and Sports Traumatolgy Unit, at the Poliambulanza Foundation of Brescia.
His career has developped on three lines: basic research on connective tissues and tissue regeneration with scaffolds of different materials and stemm cells; sport traumatology and related surgery (orthopedic consultant of the Track and Field national team starting from Los Angeles Olimpic Games on 1984; cocnsultant of Internazionale FC from 2000 to 2014), and development of prosthetic systems for hip and knee replacements.
He is now devoted to robotic surgery for knee replacement.