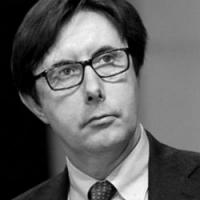 Riccardo Pietrabissa (1956) is Full Professor of Industrial Bioengineering since 2001 and Rector of the University School for Advanced Studies IUSS Pavia since 2019.

Graduated in Mechanical Engineering at the University of Pisa (1981), PhD in Bioengineering (1987), he carried out research and teaching activities in the field of biomaterials, biomechanics and design of implantable medical devices. He has published over 90 journal articles and three books.
From 1990 to 2019 he was an academic staff member at the Politecnico di Milano where he founded the Laboratory of Biological Structure Mechanics (LaBS) in 2000, the patent office and the technology transfer office (2002), he was Vice-Rector of the Lecco Campus (2005-2010) where he created the Campus Point research center and started building the University Campus.
At CNR he was Director of the ICT Department and of the Production Systems Department (2011-2012), member and subsequently Vice President of the Scientific Council.
He contributed to the foundation (2002) and was President until 2013 of Netval, the Association of Universities and Research Institutes for the valorization of research.
Since 2016 he is President of the Eucentre Foundation in Pavia.
Other roles and info: