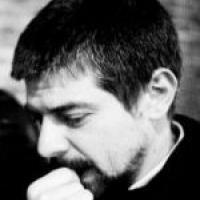 is Associate Professor (M-FIL/05) at IUSS since 2014, where he is presently Head of Department of the Department of Humanities and Life Sciences and Rector-Delegate for Third Mission.

His research and publication focus on the philosophy of language, epistemology, and the philosophy of mathematics and logic, in particular on theories of knowledge and justification in the analytic tradition, on the philosophy of mathematics in Frege's and the (neo)logicist tradition, on the debate between platonism and nominalism, on epistemologycal problems concerning mathematical and logical knowledge, on the indispensability argument, on the problem of foundations, on mathematical explanation, on the applicability of mathematics and Frege's Constraint, and, more recently, on applications of the notion of grounding to abstractionist programs and to issues related to logical pluralism and anti-exceptionalism. On these and related themes, he has organized several conferences and workshops, and has published as author or co-author papers for various national and international journals (e.g. Aphex, Iride, Paradigmi, Quaestio, Philosophia Mathematica, Synthese, Inquiry, The Review of Symbolic Logic) and publishers (Carocci, Flammarion, Palgrave), and has edited and co-edited volumes and special issues (Raffaello Cortina, Discipline Filosofiche, Inquiry, Synthese, Springer BSHPS, Routledge).