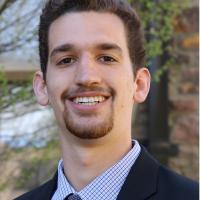 William received a bachelor’s degree in mechanical engineering from Washington University in Saint Louis in 2019. During that time, William interned for two summers at GPLA, a structural engineering firm in Santa Clara, CA. He also spent one summer interning at McCarthy, a construction management firm. From there, William moved to Seattle, where he completed his master’s studies in structural engineering at the University of Washington. His thesis work examined possible collapse scenarios for the Morandi Bridge and was supervised by Professor Paolo Calvi. Additionally, while at the University of Washington, William was awarded a fellowship by the Precast Concrete Institution to study the effect of torsion on the lateral stability of long precast girders during handling. Upon admission to IUSS Pavia, William’s research interests focus on the assessment of aging reinforced concrete structures.